On Thursday, September 3, Assumption Council 3397 held a Mass and ceremony of installation at Glassboro’s Church of St. Bridget for our 2015/2016 slate of officers. We look forward to continuing the great work we conducted last year and expanding both our service to the community and the membership of the council. 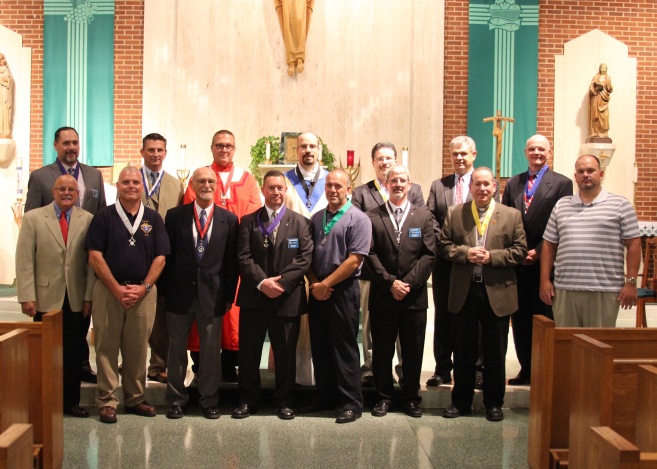 All of our Brother Knights in attendance for the installation. 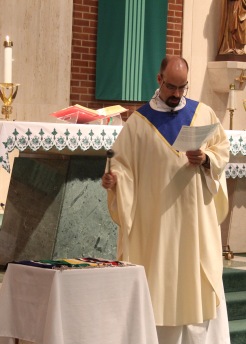 Al Duaime is installed as Chancellor 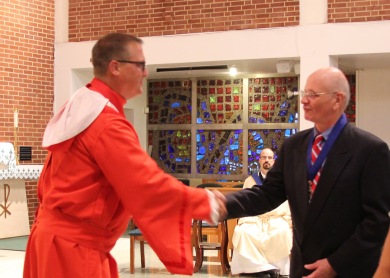 Ed Welsh is installed as Treasurer.

PGK Ray Iacovone thanks his daughter for installing him as Trustee.

Deacon Kevin Heil is installed as Advocate by Fr. Goyette. 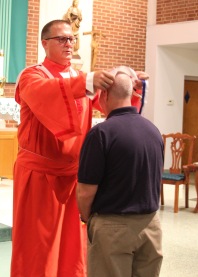 Jeff Knowles in installed as Inside Guard.

Michael Shawaryn is installed as Outside Guard.

Our Past Grand Knight Ray Iacovone, surrounded by his family, is recognized for his service to the council by Grand Knight Jim Cosgrove.